Sorry, no pages was found

GBC emulators are free multi-system emulator for Windows, Linux, Mac OS (X) and any other operating system that supports Java SE. It emulates the Game Boy, Game Boy Color, the Sega Master System, the Game Gear and the MSX.

A multisystem emulator for Windows and Linux with open source code. GBC is a commercial port of the Game Boy / Game Boy Color Emulator Gambatte for Android.

The Game Boy is (after Game & Watch) the second handheld from Nintendo. It was published in Japan in April 1989. The GB is not exactly a marvel of technology when you consider that two handhelds were already on the market in the year of publication. The Atari Lynx and the Turbo Express GT from NEC. Oddly enough, even today, almost 10 years later, the UK is the market leader in handhelds. So how did handhelds with LCD screens with four shades of gray prevail against the competition that shone with color screens.

Atari was the first to bring his handheld out. It already had a color screen and the games known and mostly produced by Atari. Big drawback, the part was huge. It was as big as the Master System console. Who wants to drag such a huge part with them?

NEC had advantages there. It had a color screen and a huge range of games. All the games that were already running on the big brother (or from me big sister), the PcEngine, could also be played on the NEC handheld. With an additional card you could even watch TV and all for a reasonable price.

Nevertheless, it was not a competitor for Nintendo, because NEC failed (just like with the PcEngine) to bring the part onto the European market. Without any competition and supported by a well thought-out advertising and marketing strategy, it appeared on the European market 1 year later.

However, the GBC was only non-competitive in Europe. In the United States and Japan, things should actually look different. Although NEC tried (just like the other companies) to gain a foothold in the U.S.A. and Japan, it was particularly unsuccessful in these two countries.

Nintendo was particularly popular here, considering that every third family in these two states owned an NES. So the success of the Game Boy was actually clear and this success continues to this day.

The Sega Game Gear, which appeared shortly after its introduction in the UK, could not change this success. If Sega had brought their handheld onto the market just 6 months earlier, I’m sure the market would be very different. To date there have been quite a few gadgets for the UK, such as an external keyboard with supplied word processing software on cardridge. Or the recently released camera and the sticker printer.

In 1997 Nintendo released the Game Boy Pocket and this year, almost 10 years after its launch, Nintendo thinks it is appropriate to bring a color variant onto the market. The best-selling handheld of all time continues to sell. One wonders when this will end. 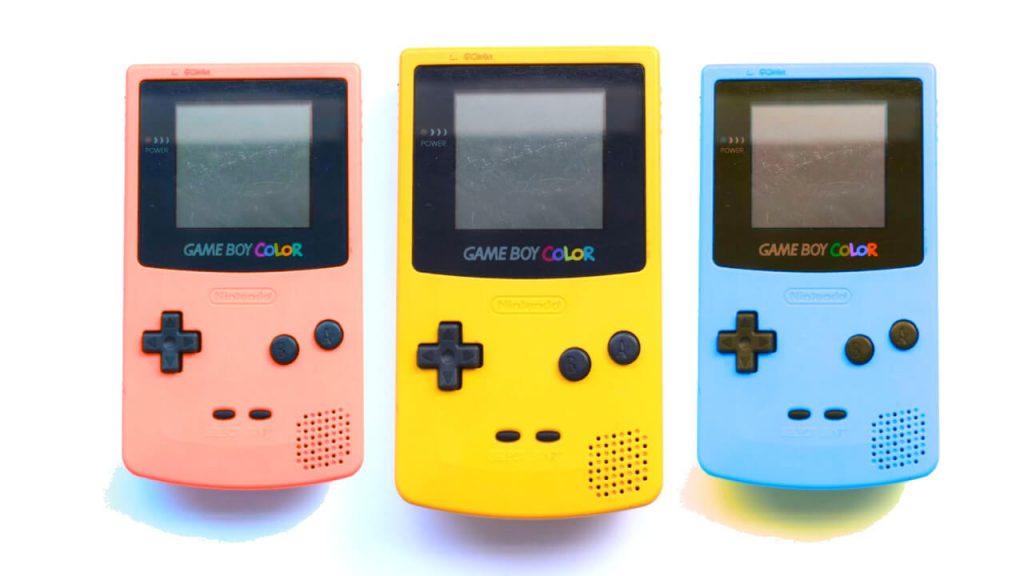